Influenza Vaccines and Scientific Priorities in the United States

An excerpt from the Sabin Aspen Vaccine Science & Policy Group report, “Accelerating the Development of a Universal Influenza Vaccine”. 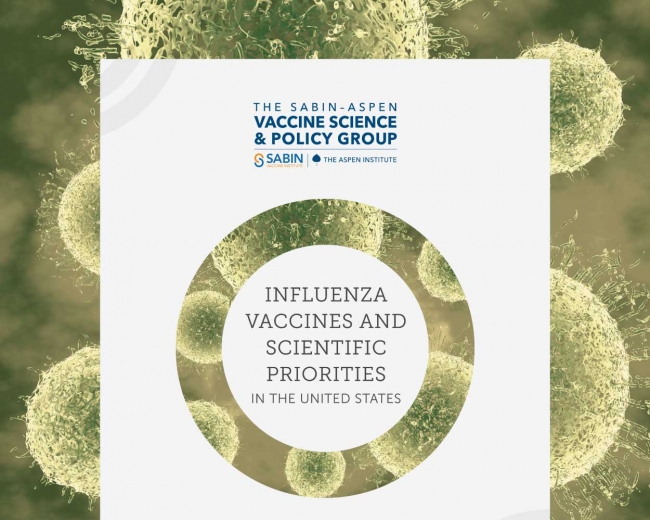 In this paper from the report, “Accelerating the Development of a Universal Influenza Vaccine”, author Michael Specter attempts to gauge the current state of vaccine preparedness, as well as the economic and scientific obstacles to change. He also outlines promising approaches that could lead to a more comprehensive prevention strategy and an effective universal vaccine.

“I spoke with nearly three dozen epidemiologists, virologists, molecular biologists, and public health officials; not one told me that the vaccines currently available are adequate. Nor did any argue that the current approach to influenza protection and preparedness is the best — or even close to the best — we can do.”

Michael Specter is a staff writer at The New Yorker. Since joining the magazine in 1998, he has written about agricultural biotechnology, the global AIDS epidemic, avian influenza, malaria, the world’s diminishing freshwater resources, synthetic biology, geoengineering, new ways to edit DNA with CRISPR, and the implications of using gene-drive technology to alter the genes of various species.
Michael Specter is also a member of the Sabin Aspen Vaccine Science and Policy Group.