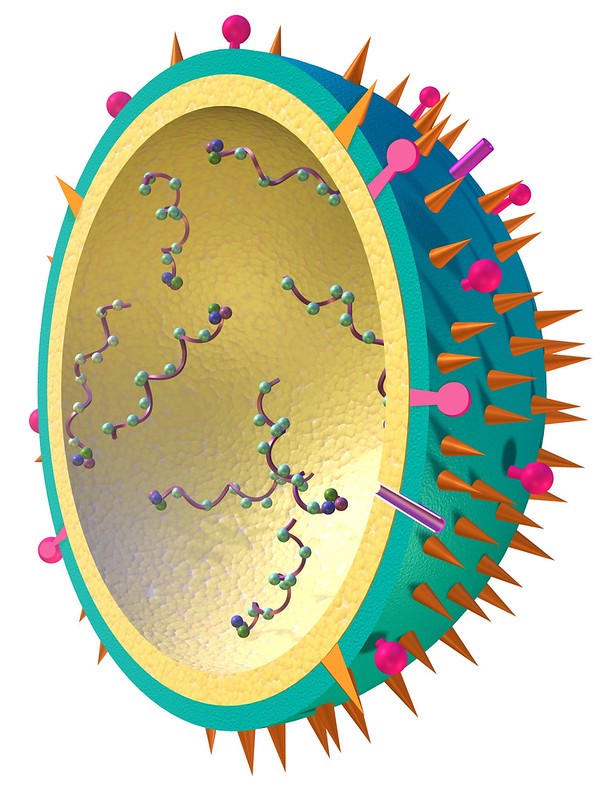 Find a COVID-19 vaccine near you using VaccineFinder.org. VaccineFinder is a free, online service where users can search for locations that offer vaccinations.

Scientists have tested a nanoparticle-based universal influenza vaccine in nonhuman primates. The UIV, consisting of headless hemagglutinin (HA) stabilized-stem antigens presented on ferritin nanoparticles, elicited broadly neutralizing antibodies against a diverse H1 and H3 influenza A viruses. The antibodies’ potency and breath of neutralization were observed to be comparable to broadly neutralizing antibodies in humans, suggesting that the vaccine could confer broadly protective immunity in vivo. The vaccine is currently being tested in clinical trials.

Scientists from the Center for Vaccines and Immunology at the University of Georgia have designed an influenza vaccine that could be commercially produced in real-time given current antigenic and genetic viral variations and elicit a broadly reactive immune response. The vaccine utilizes a previously reported antigen-enhancing technology, a computationally optimized broadly reactive antigen (COBRA) H2 recombinant HA protein.

This collaborative research study identifies a particular class of broadly neutralizing antibodies that targeted an anchor epitope near the hemagglutinin (HA) stalk domain of H1-expressing influenza viruses. The study details the binding and repertoire features of the previously unappreciated anchor epitope targeting B cells, and how a potential chimeric HA universal influenza vaccine candidate potently induces antibodies against the epitope.

Matthew Miller, PhD, a principal researcher at the Michael G. DeGroote Institute for Infectious Disease Research of McMaster University highlights the urgent need for a universal influenza vaccine to prevent future pandemics, given the recent news of the detection of a human case of H5N8 avian flu. He also describes the collaborative work toward a UIV between researchers in Canada, the U.S. and his research team of the Canada’s Global Nexus for Pandemics and Biological Threats.

A viral vector vaccine is one of many approaches in study for the development of a universal influenza vaccine. In this article, scientists study the effects of an adenovirus vector UIV on T cell responses and on lung tissue and function. It was observed the vector vaccine did not damage lung tissue. The findings suggest that stimulated T cell responses instead mitigated pulmonary damage following influenza infection. The authors note the study has important relevance for vaccines based on T-cell-mediated protection, particularly vaccines being considered for influenza and SARS-CoV-2.

Traditionally, influenza vaccine studies utilize animal models that are immunologically naive to the influenza virus. The authors indicate vaccine studies should instead include animal models with influenza pre-exposure, given human populations have often been exposed to influenza prior to vaccination. In this study, ferrets pre-exposed to influenza were vaccinated with either a Wild Type H2 recombinant HA protein vaccine, or a computationally optimized broadly reactive antigen (COBRA) H2 recombinant HA protein vaccine. The goal was to examine the effects of pre-existing immunity on seasonal human influenza viruses and on the elicitation of broadly cross-reactive antibodies. After challenged with a swine H3N2 virus, mice who received the COBRA vaccine had significantly higher antibody levels with recognition of more H2 influenza viruses, compared to Wild Type controls.

This Phase I study observes the effects of an intranasal, replicating viral-vector influenza vaccine on stimulating a humoral immune response. The single dose vaccine was found to induce a higher and more durable level of neutralizing antibodies compared to an orally administered vaccine. The intranasal-type vaccine was also found to induce a greater mucosal immune response; the authors note this is an attractive feature due to its potential contribution to sterilizing immunity.

10. Anomalous influenza seasonality in the United States and the emergence of novel influenza B viruses
Borchering et al., Proceedings of the National Academy of Sciences / February 2, 2021

Using epidemiological transmission models, researchers examine the 2019/2020 influenza season, particularly the unusually early activity of the season and the relative dynamics of type A and type B influenza cases. Based on their findings, the authors propose that the recent expansion of a novel influenza B/Victoria clade may be associated with a shift in the composition and kinetics of the influenza season in the United States. Additionally, evidence suggests an increase in the effective reproduction number of Influenza B viruses. The authors note the implications of their findings for optimizing influenza vaccination schedules.

Nature explores the history of the development of mRNA vaccine technology and the arrival of today’s “mRNA vaccine era.” The article also discusses how the plug-and-play technology could revolutionize efforts to immunize against diseases including HIV and malaria, and potentially lead to universal protection against influenza.