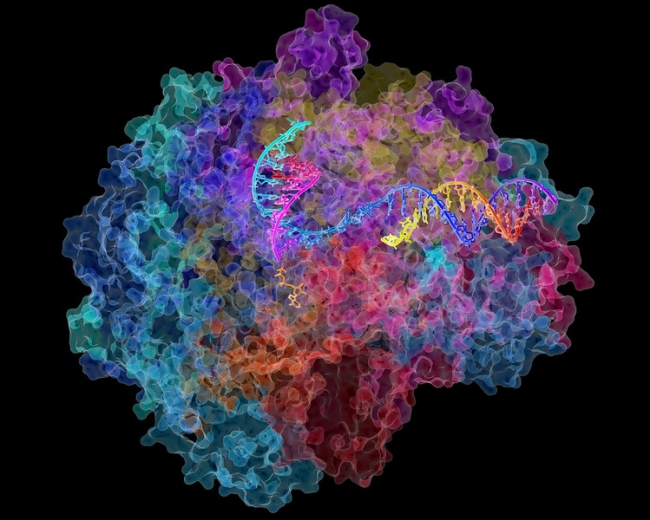 Find a COVID-19 vaccine near you using VaccineFinder.org. VaccineFinder is a free, online service where users can search for locations that offer vaccinations.

The National Institute of Allergy & Infectious Diseases has established a network of research sites to study the natural history, transmission and pathogenesis of influenza and provide an international research infrastructure to address influenza outbreaks. The program, called the Centers of Excellence for Influenza Research and Response (CEIRR), is expected to be supported for seven years by NIAID contracts to five institutions. CEIRR will replace the Centers of Excellence for Influenza Research and Surveillance (CEIRS) program, which was supported by contracts that concluded on March 31, 2021.

The National Institutes of Health recently made their virus-like particle universal flu vaccine technology available for licensing to accelerate commercial development. The technology consists of a combination of hemagglutinin and neuraminidase surface proteins of different virus subtypes. The candidate has been demonstrated to elicit broad and heterosubtypic protection in ferrets and mice.

Study details the effects of two intranasal adenovirus vector UIV candidates. Viral vector vaccines are a particularly desirable candidate for their adjuvant potential and ability to induce T cell responses. One vaccine expressed influenza A nucleoprotein (NP) and the other expressed influenza B NP. Both recombinant vaccines induced systemic and pulmonary B cell and T cell responses and did not alter lung function or integrity in a mouse model.

Older populations exhibit declines in both innate and adaptive immune responses. Due to this immunosenescence, there are decreased responses to influenza vaccination. According to the U.S. Centers for Disease Control, 70 to 85% of seasonal influenza-related deaths occur in populations 65 and over. Given the breakthroughs of mRNA vaccines for SARS-CoV-2, researchers review the current challenges of seasonal flu vaccination and the potential of mRNA vaccines to fill the gaps in flu vaccine with greater efficacy for this population.

Carlson et al. reviews the findings of a multidisciplinary workshop on the emerging zoonotic risk technology. The technology is used to identify viruses at the animal-human interface for both surveillance and pandemic preparedness, and may have potential use for developing future broadly protective, “universal” vaccines. Implications of the technology on open data, equity, interdisciplinary collaboration, and on the broader field of global health, are also explored.

This review compares the host responses and immunopathology to influenza and SARS-CoV-2.. Scientists compare the respiratory viruses with parameters including receptor type, viral surface protein processing, host trophism, tissue pathology, viral evolution and antigenicity, whether there is prior immunity and the associated effects, and patient-related risk factors.

7. How mRNA Technology Could Change the World
Derek Thompson, The Atlantic / March 29, 2021

mRNA’s story likely will not end with COVID-19: its potential stretches far beyond this pandemic. The Atlantic explores the long road to mRNA’s breakthrough and why its speed and nimbleness can help unlock its use for other realms, including malaria, influenza, cancer, and multiple sclerosis.

Using structural biology and mass spectrometry, scientists demonstrate that the 2G12 anti-HIV antibody also has the ability to broadly neutralize human H3N2 influenza viruses that have evolved over the past five decades. 2G12 is an anti-glycan antibody that targets the HIV-1 envelope protein. The findings provide insight on influenza glycan shield evolution, while the results suggest that 2G12-like antibodies have potential to broadly neutralize human enveloped viruses such as HIV and influenza.

The quadrivalent, cell-based flu vaccine, Flucelvax, previously approved for use in people at minimum four years old, was just approved for those two years of age and older. The efficacy study showed sufficient immune responses of those vaccinated with Flucelvax compared to non-influenzacontrols, in people of at least two to 18 years of age. Cell-based flu vaccines are a desirable alternative to traditional egg-based flu vaccines. They have faster, more scalable production and they do not permit viral mutation during the production process, promoting viral stability.

Using a ferret model, scientists examine the roles of exposure duration and previous heterosubtypic immunity on the transmission of influenza. Ferrets are a useful animal model for examining the effects of potential human-to-human respiratory droplet transmission due to their natural susceptibility to influenza A strains. Findings suggest pre-existing heterosubtypic immunity against pandemic H1N1 (H1N1pdm09) protected ferrets from airborne transmission of a seasonal H3N2 influenza virus, independent of cross-neutralizing antibodies. Authors conclude prior immunity can influence the emergence and spread of potentially pandemic viruses.