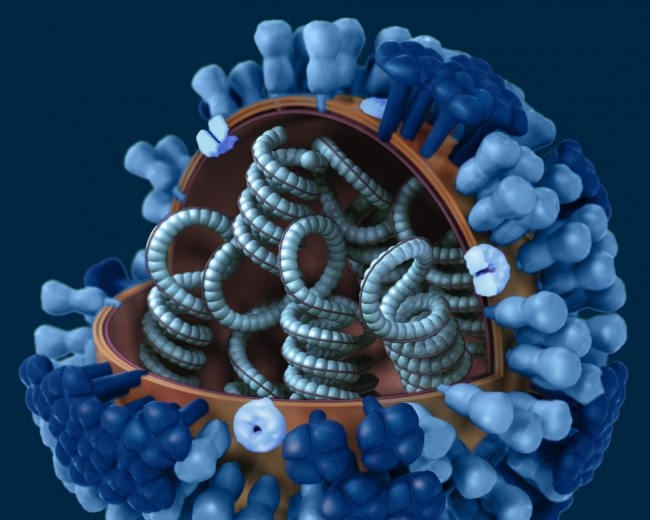 This study explores new strategies to circumvent clinical and technical barriers in generating novel conserved antigenic epitopes for influenza vaccines. Researchers designed two resultant H1 HA-based chimeras comprising of conserved sequences (within several areas spanning the head and stalk regions) of H1 and H5 or H9 HAs to induce cross-reactive antibodies against A (H1N1) pdm09 virus. Further insight into cHA-induced immunity may, perhaps demonstrate its potential to improve antibody responses to influenza A viruses bearing similar conserved sites for the development of a universal influenza vaccine.

Next-generation COBRA HA vaccines were designed to encompass the newly emerging viruses circulating in wild avian populations. In this study, H5N1 COBRA hemagglutinin (HA) sequences (human COBRA-2 HA), were constructed through layering of HA sequences from viruses isolated from humans collected between 2004–2007 using only clade 2 strains. These COBRA HA proteins, when expressed on the surface of virus-like particles (VLP), elicited protective immune responses in mice, ferrets, and non-human primates. However, these vaccines were not as effective at inducing neutralizing antibodies against newly circulating viruses. Therefore, COBRA HA-based vaccines were updated in order to elicit protective antibodies against the current circulating clades of H5Nx viruses.

This article describes several valuable approaches to improving immunity-conferring vaccine antigens for future infectious disease outbreaks. The use of modern adjuvants to improve vaccines against future pathogens is well documented but remains out of reach in the event of another outbreak. This perspective details the benefits of “ready-to-use adjuvant platforms” with the ability to promote a robust and protective immune response for a diverse set of antigens. Though many adjuvants are currently in preclinical development, slow adoption remains considerable due to safety concerns, regulatory hurdles, and issues with technology transfer.

The emergence of an influenza virus pandemic is extremely high and has grown considerably due to the large reservoir of diverse influenza viruses found in animals and the co-circulation of many influenzas. A universal influenza vaccine equipped with rapid response technologies remains the best potential solution to counter a novel influenza outbreak. In this study, researchers demonstrate a modular trimerization domain known as the molecular clamp, to allow efficient production and purification of conformationally stabilized prefusion hemagglutinin (HA) from a diverse range of influenza A subtypes. These clamp-stabilized HA proteins provided robust protection from homologous virus challenge in mouse and ferret models and some cross protection against heterologous virus challenge and may provide proof-of-concept for clamp-stabilized HA vaccines as a tool for rapid response vaccine development against future influenza A virus pandemics.

Both H5N1 and H7N9 subtype avian influenza viruses cause enormous economic losses and pose considerable threats to public health. Bivalent vaccines against both two subtypes are more effective in control of H5N1 and H7N9 viruses in poultry and novel egg-independent vaccines are needed. H5 and H7 virus like particle (VLP) were generated in a baculovirus expression system and a bivalent H5+H7 VLP vaccine candidate was prepared by combining these two antigens. The exploration of bivalent VLP suggests bivalent H5+H7 VLP vaccine candidate may serve as a critical alternative for the traditional egg-based inactivated vaccines against H5N1 and H7N9 avian influenza virus infection in poultry.

A quarter of all seasonal influenza cases are caused by type B influenza virus (IBV) that also dominates periodically. In this study, researchers investigated a recombinant adenovirus vaccine carrying a synthetic HA2 representing the consensus sequence of all IBV hemagglutinins. The vaccine evaluated protection in mice from lethal challenges by IBV of both genetic lineages, demonstrating its breadth of protection. The findings suggest it could be worth further exploring this prototype for universal vaccine because of its considerable efficacy, safety, and breadth of protection.