New release from our partners at the IVR Initiative 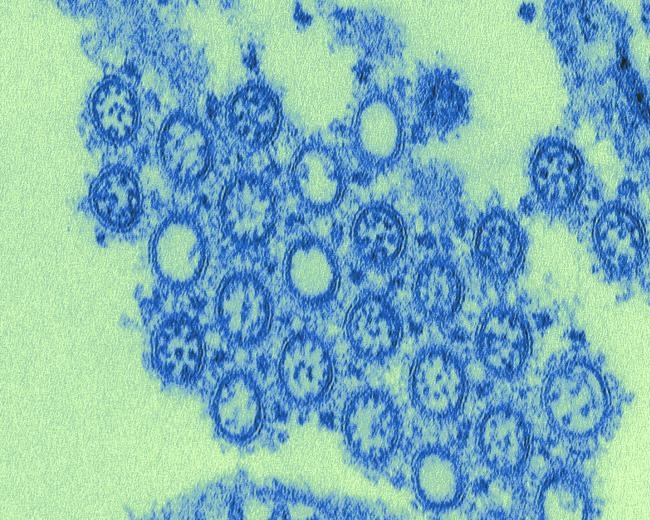 Influenza virus vaccine production must begin months before the onset of seasonal flu to produce sufficient doses. Due to antigenic drift of virus antigens, HA and NA, circulating virus often differ from vaccine strain on current market, reflecting the need for broad-spectrum, cross-reactive universal vaccines. This study examines bicistronic DNA vaccines capable of expressing the conserved antigen NP and NPm together with one of the modified cytokine adjuvants IL-18/ IL- 17/ IL-22 and the potential of these vaccines to stimulate the immune systems heterosubtypic immunity. The results evaluated from Treg-competent and Treg-suppressed mouse models showed that studied DNA vaccines could stimulate the cellular immune system and induce protective immunity, the NPm antigen-coding DNA vaccine with modified IL-18 [Igk-mIL18-IgFC] showing potential for research in developing a universal flu vaccine.

Influenza reinfections are common as neither pre-existing immunity nor vaccination provide sterilizing immunity against influenza mutations. This article examines comprehensive evidence on immunoattentuation and its influence on whether immunity blocks subsequent infection or attenuates illness from influenza virus. While experimental evidence exists to support the occurrence of immunoattenuaiton, clinical evidence remains sparce with further efforts needed to understand the varied pathways to illness, pathogenesis, clinical manifestations, and correlates of attenuation. The clarification of these mechanisms could elucidate further improvements in the design and evaluation of influenza vaccines. The authors review present implications to immunoattetnuation epidemiology, and provide key considerations for improvements in clinical evaluations relevant for UIV development and advancement to reduce influenza morbidity.

In this study, scientists developed a virus-like nanoparticle (VLP) platform to elicit immune responses against a variety of antigens, without the use of adjuvants that would provide proof-of-concept towards a universal influenza vaccine. Researchers synthesized 3M2e gene containing three types of M2e sequences from human, swine, and avian influenza viruses. The M2e antigen is a highly considered antigen for the development of UIV however, development of VLP carriers and/or adjuvants for designing M2e-based vaccines are needed due to poor immunogenicity of the M2e peptides. Results indicated the 3M2e-T4 VLP vaccine could, without adjuvant, induce robust humoral and cellular immune responses and potential to provide complete protection against influenza virus.

The Atlantic confronts the new normal – SARS-CoV-2 is predicted to become an endemic virus that exists alongside influenza as a seasonal pathogen. The burden of dual viral threats will require sustainable defenses against respiratory viruses and requires collective action from both public and private sectors in order to mitigate the next health threat.

6. What to Expect With Influenza in the Era of
COVID-19
Inessa Gendlina, Contagion Live / September 14, 2021

The arrival of the COVID-19 pandemic drove seasonal influenza transmission rates to a historical low worldwide. Public health experts attribute mask-mandates, social distancing and travel restrictions have mitigated the transmission of influenza viruses. The WHO and CDC continue to monitor global influenza activity with recent reports of influenza B circulation, most predominantly found in Southeast Asia. Officials also anticipate the low level of circulating strains indicates reduced chance of mutation, so the upcoming vaccine may be especially effective.

Research is increasingly taking into account cell-mediated (T-cell) immune responses for enhanced cross-protection. This study evaluates whether cross-protection of inactivated whole-virion vaccines using optimal adjuvants would enhance the production of cross-reactive non-neutralizing antibodies (both mIgG2 and mIgG1) and activation of IFN-g-producing CD4+ T cells against a heterologous virus. Furthermore, mice immunized with antigen by the conventional strain of H1N1 influenza virus demonstrated significantly higher levels of SV-specific antibodies compared to mice than those SV and SV plus alum adjuvant alone.

H9N2 avian influenza (AI) belonging to the Y280 lineage has become endemic among chicken populations in Korea, mainly among unvaccinated flocks and live bird markets (LBM). At present, no commercial vaccination exists against the Y280 lineage. Researchers sought to develop a recombinant vaccine using reverse genetics of the Y439 lineage virus to stimulate the production of higher antibody titers with little inflammatory response. These data demonstrate a single dose administration of the rgHS314 vaccine candidate elicits cross-reactive immune responses capable of improving recovery rates in chickens against Y280 lineage and appears to be highly protective in chickens.